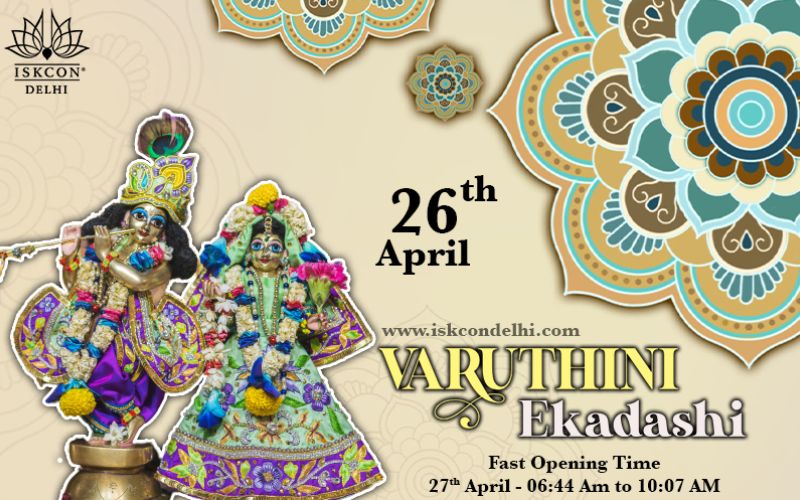 There are many practices and activities in the path of devotional service which assist and strengthen bhakti. Bhakti means the way to achieve Krishna’s Prema. Whatever helps one to develop the love for Krishna, one should accept. The basic principle is that whatever is favourable for bhakti, one should accept that and reject the unfavourable. The most profitable activity for bhakti is to observe fasts. Observing fast on special occasions like Ram Navami, Janmashthami, Gaur Purnima, and Ekadashi is of more importance.

What Krishna says about Varuthini Ekadashi

Lord Shri Krishna also said, “Those who fix up their mind on the lotus feet of Shri Hari and faithfully observe fast on Varuthini Ekadashi will get the equivalent of performing austerities for 10,000 years. Chitragupta, who keeps an account of the deeds of human beings, is also unable to write down the merit of fasting on this Ekadashi. Even if the most sinful person observes fast on Varuthini Ekadashi, his sinful thoughts will gradually fade away, and he will attain a higher planetary system.” 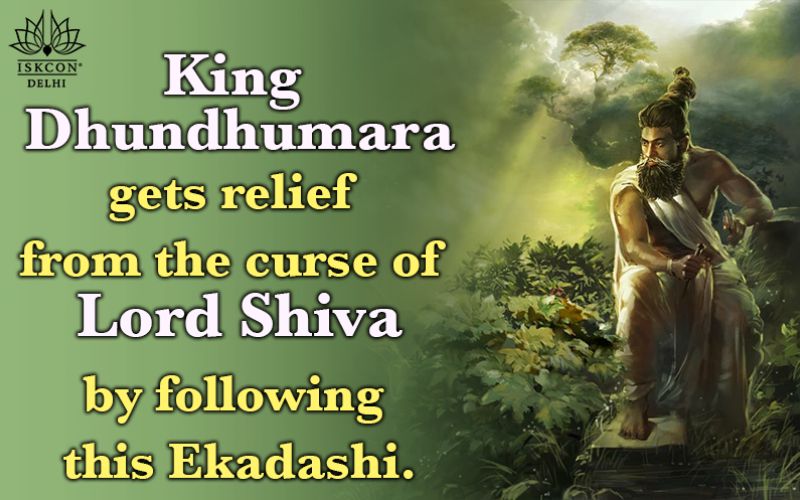 Let’s take advantage of this great occasion and observe fast on Varuthini Ekadashi, which gives liberation from all distress, fears, and problems. Thus, in the end, he attains the love of the Supreme Personality of Godhead, which is the goal of everyone’s life.