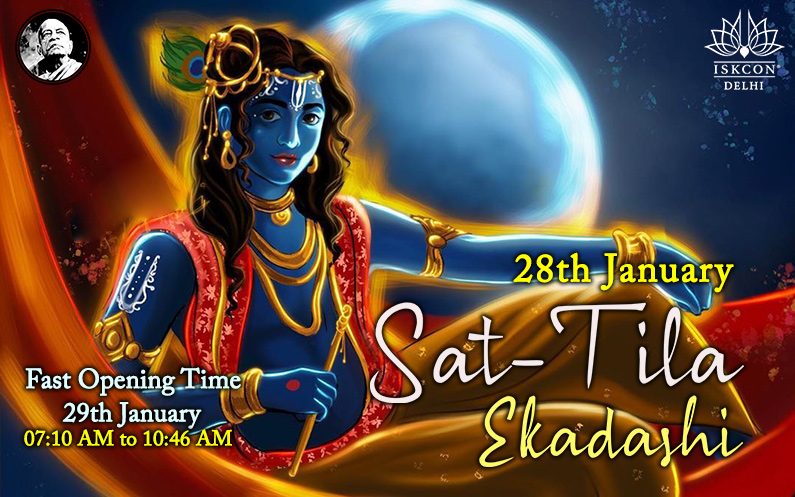 Srila Bhakti Vinod Thakur Ji, a great Vaishnav Acharya, wrote in one of his devotional songs – “Madhav Tithi Bhakti Janani”. That means Ekadashi is the most important and lovable tithi to the Supreme Personality of Godhead, Lord Krishna. It pleases the Lord and bestows devotion unto the lotus feet of the Lord. That’s why one should always observe fast and abstain from taking grains on Ekadashi.

When does Shattila Ekadashi occur?

Ekadashi that occurs on Krishna paksha in the month of Magh is popularly known as Shat-Tila Ekadashi. Great Sage Pulastya once informed sage Dalabhya of the importance and story related to Shat-Tila Ekadashi, the slayer of all sinful reactions.

Sage Dalabhya asked, “O Great Sage, Pulastya, every living entity in this material world is involved in sinful fruitive works, and they would have to suffer in hells after death. How can they be saved from the hellish condition of life? Kindly please inform me. “

Sage Pulastya replied, “You are a saintly person and inquired about a very important question. Now, please listen carefully – In the month of Magh, people should try to control the unbridled senses and conquer over anarthas, namely: lust, anger, greed, illusion, pride (madness), and envy. One should also observe fast on the Ekadashi, which occurs on Ardhamula Nakshatra in Krishna Paksha of Magh month. One should purify by taking an early morning bath on Ekadashi and praying to the Lord, Shri Hari. One should chant Hare Krishna maha-mantra as much as possible.” 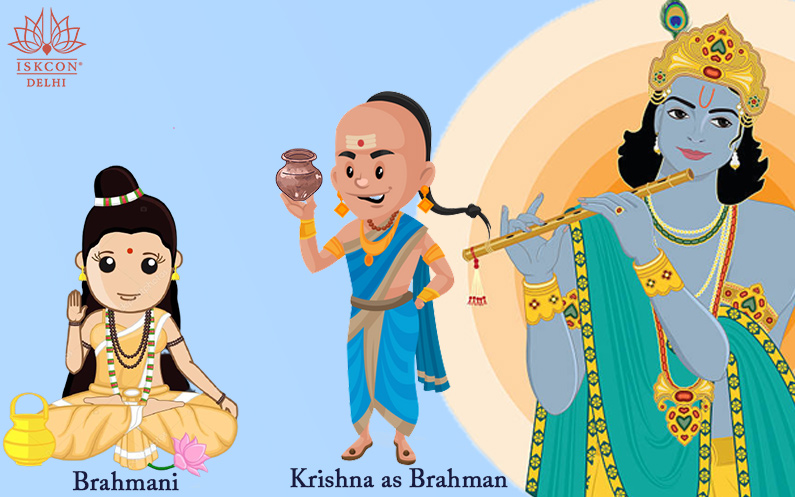 Once, Sage Narada also asked Lord Shri Krishna the same question. Lord Krishna replied, “O Narada, I would tell you a truthful story. Please do listen carefully. In ancient times, there was a Brahmani on the earth planet. She used to observe fast quite consistently. Once, she kept fast for the entire month, due to which her body became frail. Although she was knowledgeable, she never donated foodstuff or money to any Brahman or demigod. She had purified her existence already by observing rigorous fasting, but as she didn’t contribute any foodstuff ever, she wasn’t qualified for liberation. “

Lord Krishna said further, “I disguised myself as a Brahman and went on earth to ask for charity from the Brahmani. Seeing an extraordinary Brahman, she inquired and asked the Lord, ‘Please tell me truthfully, who you are?’ I didn’t answer and behaved nonchalantly. At which she angrily poured soil in my begging bowl. After that, I went back to my abode.

Due to her austerity, she also came to my abode after some time. She got a lovely palace to live in, but her castle didn’t have any foodstuff. Hurriedly, she came running to me and said she had always worshipped me by observing various fasts. She wanted to know why her palace didn’t have any foodstuff. I told her to go back to her castle first. Some demigoddess would come to meet you.

When Brahmani heard the significance and glorification of Sat-Tila Ekadashi, she opened her palace’s gate. Demigoddess saw that she was neither a Gandharva nor an Asura, but a human. Brahmani observed fast on Sat-tila Ekadashi as per the instruction received by the demigoddess. She became beautiful, and her palace became full of foodstuff.” 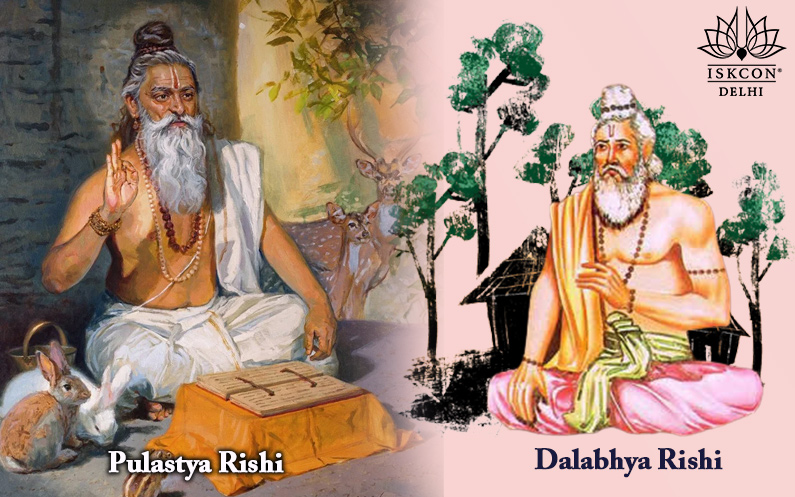 That was the importance and glorification of Shattila Ekadashi, which Lord Shri Krishna informed Narada, and Sage Pulastya told Sage Dalabhya.

Why should one observe Ekadashi fast?

We all should also observe fast on Sat-Tila Ekadashi. Following fast on this, Ekadashi removes misfortunes, poverty, and troubles from life, thus awarding liberation from earthly life. In reality, Ekadashi is a boon for all materially engrossed living entities. It removes sinful reactions of all previous births and transcends from the material world to the spiritual world.

How to observe fast in present times?

In various Purans, it is mentioned that one should not eat anything after sunset from the tenth day onwards. One should think of God while taking a rest at night. On the day of Ekadashi, one should rise early in the morning and worship Lord Shri Krishna after taking a bath. One should offer Tulsi leaves, sandals, Ganga water, and fruits to Lord. One should refrain from ill talks, lies, fraud and devote his time to chanting Krishna’s name, remembering Krishna’s various pastimes, and thinking of the Lord’s eternal abode.

For Kaliyuga, the present age of Kali, chanting of Hare Krishna Mahamantra is prescribed. Therefore, one should chant maha-mantra as much as possible. This will remove the dirt from the heart and consciousness accumulated over millions of birth in the material world and engage in the loving devotional service of the Supreme Personality of Godhead, Shri Krishna.