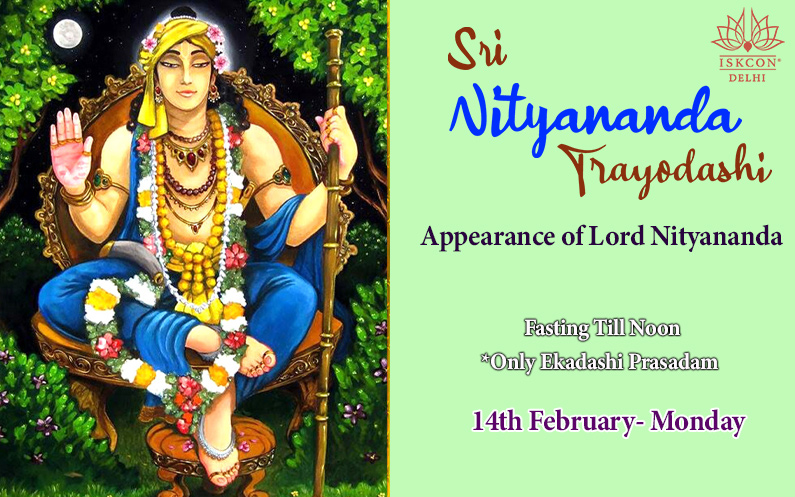 The Supreme Personality of Godhead has infinite incarnations and forms that descend into this material existence from time to time to perform various functions. In whichever form God incarnates that is perfectly suitable to carry out the operation. For instance, Lord Varahadeva had to pick planet earth from the depth of Garbhodak ocean, He was incarnated as a giant boar; He incarnated as Lord Narshimbha in order to kill demon Hiranyakashipu, thus satisfying all conditions of Brahma’s benediction. Similarly, after looking at the most fallen condition of living entities in Kaliyuga, He decided to incarnate. The Supreme devotee of Lord is His eternal consort Shrimati Radharani, she is of golden complexion. Thus in Kaliyuga, Lord incarnated in a golden complexion and took the devotional mood of Shrimati Radharani. The purpose of the Lord’s incarnation was to distribute the love of Godhead via His different names which are nondifferent from Himself.

The two Lords, Nitai-Gauracandra, are very merciful. They are the essence of all incarnations. The specific significance of these incarnations is that They introduced a process of chanting and dancing that is simply joyful.

Chaitanya Mahaprabhu is a yugavatar, He is not only yugavatar but chhannavatar too who has hidden His opulences. Mahaprabhu is the most magnanimous incarnation of the Supreme Personality of Godhead who is non different from Krishna, His magnanimity is fathomless which can only be approached by the mercy of Nityananda Prabhu.

Who is Nityananda Prabhu?

Cause of the spiritual & material world’s creation

In the spiritual world, Balram ji is the first expansion of Shri Krishna. From Balram ji the first quadruple expands – Sankarshan, Vasudev, Pradyumna, Anirudha. Sankarshan further expands into Mahasankarshan which later expands into a second quadruple – Sankarshan, Vasudev, Pradyumna, Anirudha. This expansion of the Lord as Sankarshan assists in the creation of the spiritual world, which is 3/4th of the Lord’s entire creation. It means that the innumerable number of Vaikutha dhaams are nothing but the expansion of Lord Balram ji to serve the Lord. To create the material world, Balram further expands Himself into three Viṣṇu – Maha Viṣṇu also known as Kāraṇodakaśāyī Viṣṇu, Garbhodakaśāyī Viṣṇu, and Kṣīrodakaśāyī Viṣṇu.

Maha Viṣṇu (Kāraṇodakaśāyī Viṣṇu) – Innumerable material universes come out of His body pores when He exhales. What to talk of this particular universe, we are unable to ascertain the beginning and end of this world. Such infinite universes are coming out from the body pores of Maha Vishnu, one can wonder how immense His form would be.

All these three Viṣṇus are expanded from Balram ji aka Nityananda Prabhu!

Appearance and pastimes of Nityananda Prabhu

In 1474, Nityananda Prabhu appeared in the village Ekachakra of Bengal. He was born to a religious Bengali Brahmin, known as Pandit Hadai, and his wife, Padmavati. They are the real parents of Nityananda Prabhu in Goloka Vrindavan. At an early age, He used to re-enact various pastimes of the Lord with His friends. They all were amazed at how many details of the Lord’s pastimes Nityananda Prabhu knew at that age. When they ask Him, He would simply say, these all wereHis pastimes. They would all laugh and no one would believe Him. After a few years, in the company of a Sanyasi, he visited all the pilgrimages, then started living in Vrindavan. While residing there, he got to know that Chaitanya Mahaprabhu had started the sankirtan movement. He came to meet Mahaprabhu and took permission. After that, He started preaching Krishna consciousness. 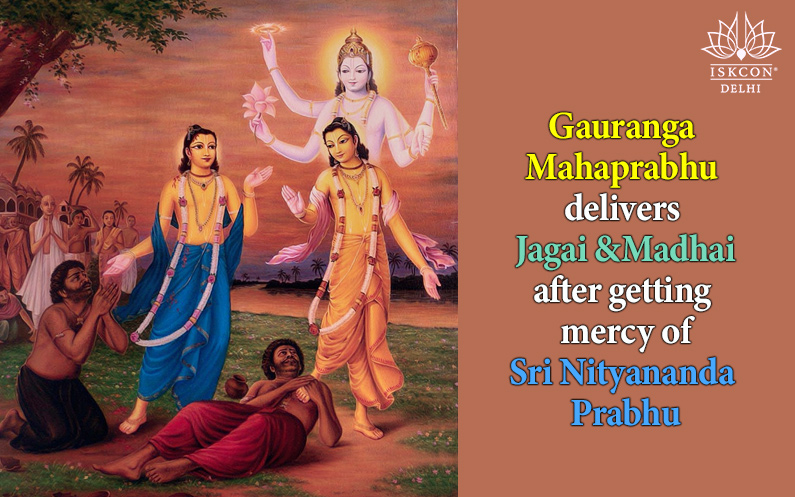 How Balram ji serves the Lord in all mellows (rasas)

Constitutional position of a living entity is to serve the Supreme Personality of Godhead –  jīvera ‘svarūpa’ haya — kṛṣṇera ‘nitya-dāsa’. If we love someone but we don’t serve then that is not true love and could be inspired by some ulterior motives. That’s why to love someone means to serve to please the beloved. We can only get the servitude attitude by the mercy of Nityananda Prabhu.

Therefore, on this auspicious occasion of Nityananda Trayodashi, we should primarily pray and ask for His serving attitude and inculcate in letter and spirit. Anticipating the mercy of Nityananda Prabhu, one should dedicate this human form of life in the service of the Lord and His devotees.