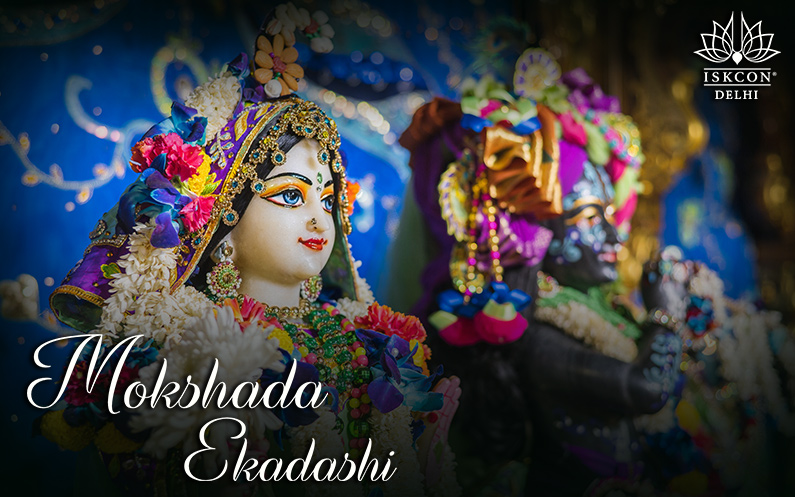 Ekadashi of Margashirsha month is also called Mokshada Ekadashi. On the day of Mokshada Ekadashi, our ancient religious text Shrimad Bhagavad Gita was also born from the mouth of Lord Shri Krishna. In our Indian culture, the Gita of Shrimad Bhagavad is revered and exemplary. This is the only such book in our entire world, whose birth anniversary is also celebrated as Gita Jayanti in the whole country. The essence of Vedic texts is hidden in the Gita, which Lord Sri Lord Krishna told Arjuna with his Sri Mukha during the war of Mahabharata.

In the Gita, Lord Krishna told Arjuna that one who surrenders to Shrimad Bhagavad with complete devotion and respect. There is no effect of any foul misdeeds on that person. Mokshada Ekadashi was when Shrimad Bhagwat was descended on this holy land. Anyone who follows the principles laid down in the Bhagavad Gita, this religious book, never gets hurt in his life, and they get the solution of all the problems of their life in it.

In the Brahmanda Purana, Lord Krishna told Yudhishthira about the Ekadashi coming on the Shukla Paksha of Margashirsha month.

Once the Pandava’s son Shri Yudhishthira Maharaj asked Lord Shri Krishna that Oh Lord, you are the Lord of all the three worlds, you are the one who gives happiness to all, and you are the savior of the world, all the people are your well-wishers, I salute you, Lord, you clear one of my doubts. Would you please tell me the name of the Ekadashi of the month of Margashirsha? Which deity is worshiped on this day, what is its method, please tell me about the most important.

Lord Shri Krishna told Yudhishthira that, Yudhisthira, you have asked an excellent question. With this question, your fame will spread all over the world.

Margashirsha Ekadashi is the destroyer of many sins, and its name is Mokshada Ekadashi. On this day, Lord Damodar is worshiped with incense lamps, Naivedya, Tulsi Manjari, etc. The story of Ekadashi is as follows.

In ancient times, the Vaikhanas kings used to rule in Champak city. Brahmins, who knew all the four Vedas, also lived in his kingdom, and they used to take care of their subjects like a son. One night, the king saw his father suffering the tortures of hell in his dream. In this way, seeing the night dreams, the king became very worried, and he became very disturbed and called the pundits in the morning and told them about this dream. 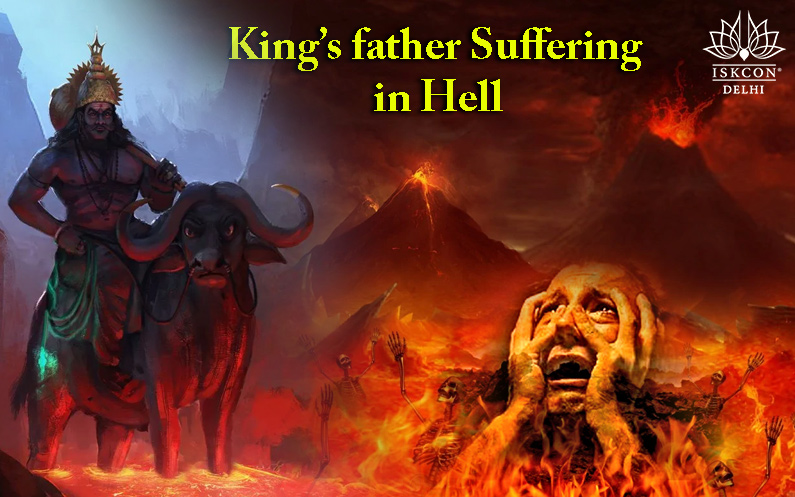 The king told the brahmins that I saw my father suffering the torment of hell at night. In a dream, the king’s father said to him, ” Son, I am suffering a lot in this hell. Get me free from this hell. I am not relieved to hear these words of my father. I do not feel that the whole kingdom is pleasing to me. I am not feeling anything good. What should I do, where should I go, O Brahmin gods, please tell me the solution of this problem so that I can free my father from that hell? If I do not free my father from that hell, then my life on this earth is meaningless. That is why, please tell me a solution to this problem as soon as possible.

Hearing this pain of the king, all the Brahmins had some discussions with each other and told the king that O king, the knower of the past, the present, the present, the mountain Mahamuni, lives nearby here. If you go to him and tell his real suffering, he will free you from this problem. Then the king went to the sage’s hermitage. In that ashram, many other sages were engaged in penance with a calm mind. Mount Muni, the knower of the four Vedas, looked like Brahma.

The king bowed to him and gave his complete introduction. The king told the sage that everything was well in my kingdom, but suddenly a problem came in front of me, due to which my heart had become wholly disturbed. The king, weeping in the night’s dream, told his father what was bothering him in front of the mountain sage. And requested Munishwar that you please tell me such a way by which I can get my father free from that hell.

The mountain sage listened carefully to the king’s whole thing, closed his eyes, and started contemplating the past and future. After that, the sage told the king that I have acquired the knowledge of all your father’s misdeeds. Your father had discriminated against his wives so much that he has to suffer this hell. Then King Vaikhanas prayed to Munishwar in pleading words that you should show some way of his salvation.

Shri Krishna told Yudhishthira that those who observe a fast on Mokshada Ekadashi of Shukla Paksha of this Margashirsha month, all their sins are destroyed, and they get a place in the higher lokas. There is no other fast that bestows salvation than the fasting of this fast. This fast is like a Chintamani, which gives salvation. By observing this quickly, all the wishes of a person are fulfilled.

That is why the fast of Mokshada Ekadashi is said to be the best for all human beings who desire salvation. This fast should be done with complete devotion and devotion in front of Lord Shri Hari.

On the auspicious occasion of Mokshada Ekadashi, various significant books like Bhagavad Gita in the form of scriptures will be distributed in all the temples of ISKCON. This divine message of God can be passed on to all the people. All of you have become a participant in this holy work. Make your life bright and successful by buying all these books, studying them, distributing them elsewhere.

Moreover, you can also get your copy of Bhagavad Gita from- www.BuyGita.in