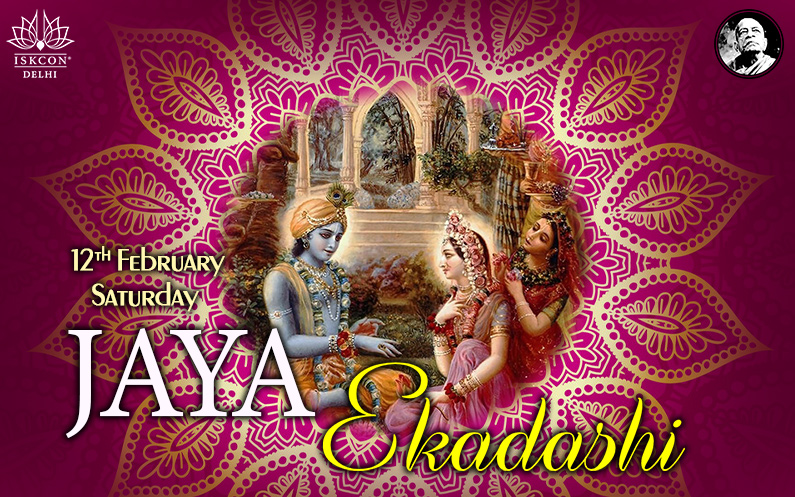 Vedic literature describes that observing fast on Ekadashi destroys all sins. Lord Shri Krishna pleases very much with this fast and bestows eternal blessings to the devotees. In each month, fast observation and worship of Lord Shri Krishna on every Ekadashi of Shukla Paksha and Krishna Paksha are prescribed as per Vedic injunction. There are incalculable benefits of Ekadashi. Ekadashi fast frees one from all sins and transcends this vast ocean of material existence. In various Purans, it is mentioned that one should not eat anything after sunset from the tenth day onwards. One should think of God while taking a rest at night. On the day of Ekadashi, one should rise early in the morning and worship Lord Shri Krishna after taking a bath. One should offer Tulsi leaves, sandals, Ganga water, and fruits to Lord. One should refrain from ill talks, lies, fraud and devote his time to chanting Krishna’s name, remembering Krishna’s various pastimes, and thinking of the Lord’s eternal abode.

Lord Shri Krishna replied, “O great king, listen carefully. Ekadashi on Shukla paksha in the month of Magh is popularly known as Jaya Ekadashi. This auspicious date destroys all sins and can liberate one. Anyone who abides with it, will not have to suffer in ghostly species of life. That’s why one should consciously abide by and observe fast on Ekadashi.”

“Once Indra, King of heaven, along with other demigods and damsels, were strolling in the Nandan forest, which was decorated very beautifully with parijaat flowers. Indra, King of 50 crores of Gandharvas, organized a dance program in the forest to entertain themselves. Pushpadant, chief of Gandharvas and Chitrasen, chief musician of Indra’s assembly, with his wife Malani, was also there in the forest. Pushpadant’s daughter was Pushpavanti, and Malyavaan was the son of Chitrasen and Malani. They also participated in the dance to please King Indra. Pushpavanti and Malyavaan developed an affection for one another and became agitated. They were illusioned and couldn’t concentrate on their performances. They were unable to focus on the tone and tempo of the song due to which Indra understood and took it as his disrespect. He cursed them.” 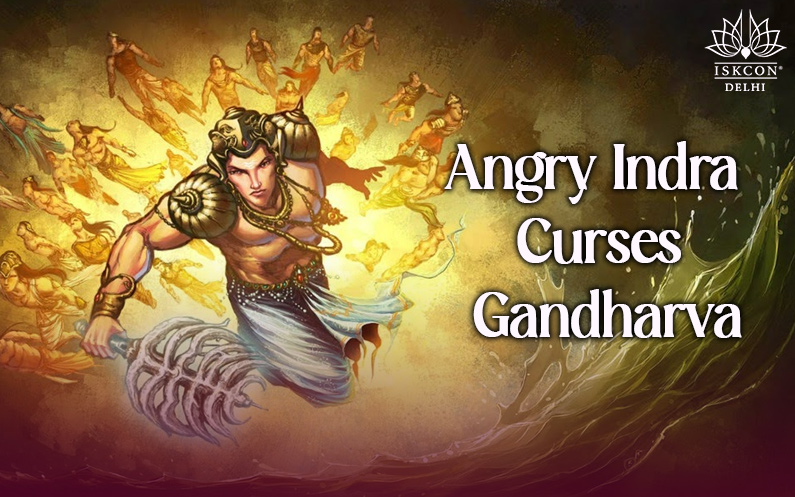 “King Indra angrily cursed them with the following words – ‘You fools, you both have disregarded and disobeyed my command thus disown you both. You should fall down to ghostly species and suffer for your misdemeanour in the lower planetary system as a couple’. They became extremely sad after hearing such harsh words from Indra. They fell down on earth as ghost couples and lived miserably near the Himalayan mountain. They lost their sense of smell, sense of taste, sense of touch, etc. They were unable to sleep even for a moment and thus were experiencing excruciating pain. That place was extremely cold and due to which they always had goosebumps and chattering teeth.”

“One day, he told his ghost wife, ‘We must have committed many sins in our previous life due to which we have got this miserable and horrible birth in ghostly species of life. It must be better to rot in hell than to suffer in this ghostly form. Therefore we should not commit any more sins in this life and try to get out of this form.’ In that way, they were living their lives.”

➢   The transformation from ghost form to demigods form

“On one day, they didn’t take any foodstuff and refrain from committing any sin, coincidently it was Jaya Ekadashi in the Shukla Paksha of Magh month. They didn’t even take any fruit or nongrain foodstuff. Tormented by tremendous sorrow, they spent their day sitting beneath a peepal tree until sunset. It was very cold that night, so they couldn’t even sleep for a moment.”
Lord Krishna addressed emperor Yudhishthira, “O King! Because they observed fast on Jaya Ekadashi and because they didn’t sleep that night; on the next day they were freed from the ghostly species of life. They got their original form of demigod and demigoddess back. Decorated beautifully with costly garments and ornaments, they departed for the heavenly planet. At that time, it started to rain with flowers. They went to meet Indra and paid their obeisances. Indra was amazed to see their original form and enquired from them, how did they get freedom from ghostly life?

Malyavaan replied, “O Indra! We were freed from ghostly life due to the causeless mercy of Lord Shri Hari and because of observing fast on Jaya Ekadashi.”

Indra replied, “O Malyavaan! By observing fast on Jaya Ekadashi and by the causeless mercy of Lord Shri Krishna, not only you were freed from the ghostly condition of life but also became more venerable than us. Whoever takes shelter of Lord Shri Hari and observes fast on Ekadashi; they are worshippable. All glories to both of you.”

From the above story, we can understand that Malyavaan and Pushpavanti observed fasting on Jaya Ekadashi unknowingly. Even after that, they were not only freed from the ghostly conditions of life and got their original form back, but also became worshippable by Indra. What would be unattainable for one who observes fast very diligently on Jaya Ekadashi? One should think about it.

➢   How to observe Jaya Ekadashi in Kaliyuga?

Therefore, we all should observe fasting on this Ekadashi which is extremely lovable to Lord Shri Krishna and provides impetus to reach the supreme goal of one’s life, love of Godhead. We all should chant Hare Krishna mahamantra individually and in the group as much as possible, read scriptures like Srimad Bhagavad Gita, Srimad Bhagavatam, and concentrate on the lotus feet of the Lord by reducing the bodily needs on this day.