The Greatness of Indira Ekadashi 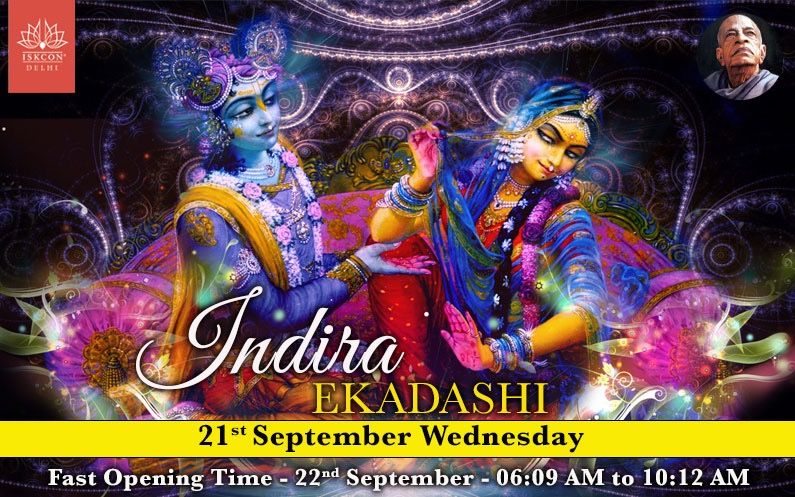 The Ekadashi of Ashwin, Krishna Paksha (waning phase of the moon), is called Indira Ekadashi. On this auspicious day, Lord Sri Vishnu is worshipped. This Indira Ekadashi fast helps the devotees to get free from there all the sufferings and problems.

Why is this Ekadashi fasting special

Being Ekadashi of Pitra Paksha, Ekadashi is best for the salvation of ancestors is considered paternalistic. So the ancestors get liberation from this Ekadashi, and their souls in another world find peace.

What is the significance of this fast

According to the Puranas, Indira Ekadashi benefits the devotee even after his death. Due to its effect, all the sins of the person perishes, and by this fast, he goes to higher planets, and their ancestors get relief from all past misdeeds.

In the Brahmavaivarta Purana, the description of Indira Ekadashi is found, Once Pandava King Yudhishthira asked Sri Krishna to explain the significance of Indira Ekadashi. To answer all the questions regarding the fast, He wondered what its method and result are?

Lord Krishna replied, “This auspicious day is called Indira Ekadashi. This Ekadashi destroys the sins and gives salvation to the ancestors. Sri Krishna also said, Oh! King, listen to the story carefully because the one who hears about the sacred Ekadashi achieves the great merits.

Here’s How the story unfolded

In the Satya-Yuga, there was a city named Mahismati. There was the majestic King named Indrasen, who was so powerful and followed his kingdom righteously. He took good care of his citizens. He was a tremendous devotee of Lord Sri Vishnu.

One day, when the King was happily sitting in his meeting, Maharishi Narada came down from the sky and came to his meeting. On seeing him, the King stood with folded hands and lawfully gave his seat, washing his feet, and welcomed him.

Then Narada Muni said to the Maharaj Indrasen, Oh! King, your seven limbs are in good working order. Your intellect is in religion, and your mind resides in devotion to Sri Vishnu. Hearing such words of Devarshi Narada, the King replied, “Oh! Maharishi, by your kind grace, everything is well in my kingdom and please explain the reason for your kind visit here.

Then Narada Muni said that oh! King, listen to my words of wonder. Once I descended from Brahmaloka to Yamaloka, I glorified Yamaraj as he worshipped me with great reverence. Then I saw your great and wise father in the same assembly because of breaking the Ekadashi fast. Your father had given me a message for you.

So, your father said that I am in Yamaloka because of the sins done unknowingly in my previous birth. Suppose my son observes the fast of Indira Ekadashi of Ashwin Krishna Paksha and gives wealth in charity. In that case, I will be promoted to higher planets.

Hearing this, King Indrasen asked, Oh! Maharishi, please tell me the method of observing this fast.

Narada Muni started saying that Oh! Rajan, by this method, if you fast on this Ekadashi without being lazy and with controlled senses, your father will go to higher planets. Saying this, Narada Muni has gone into deep meditation and disappeared from there.

As Narada Muni’s instructed, King Indrasen followed this Ekadashi with all rules and regulations along with his all family members. Because of this, Ekadashi, His father, was promoted to a higher planet.

Indrasen himself was able to rule his kingdom without any hindrances. In the end, he handed over the kingdom to his son, and he also went to the spiritual planet.

So let’s keep this very auspicious Indira Ekadashi to get freed from all sinful reactions of our past lives. On this day, by hearing & reading more and more of the Lord’s pastime and chanting his Holy names, we get the blessing of Supreme Lord Krishna and go back to godhead, where we live eternally.

Thanks a lot for sharing this transcendental pastime of Indira Ekadashi.
Really very helpful in developing proper consciousness to observe fast on this auspicious day.