Is Krishna the only God? 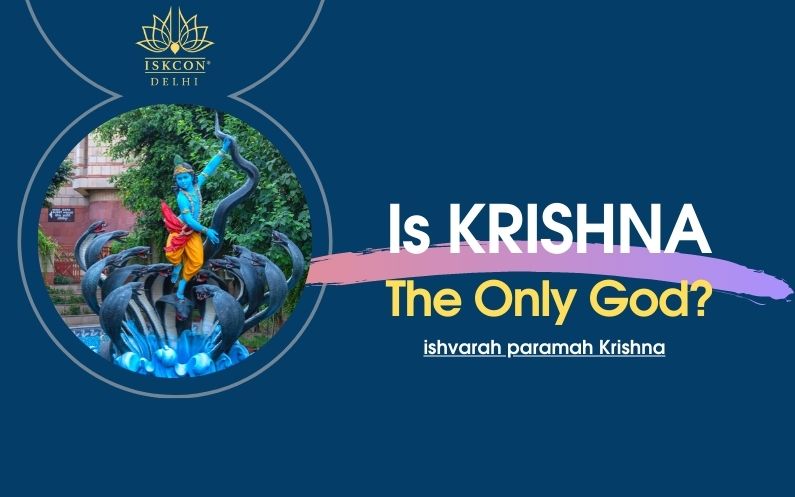 We are all persons, and if God is also a person, as we understand from Vedic literature, then what is so special about Him that He should be considered the Supreme Personality of Godhead.

And why should Krishna alone and not anyone else be considered the Supreme Personality of Godhead?

Brahma, who consider the secondary creator of material existence in the Brahma Samhita chapter 5 text 1, states

Brahma says that of all the controllers ishvarah param, the topmost controller is Krishna. Krishna is the top controller because sac-cid-ananda-vigraha has a form of eternal, full of knowledge and bliss, and he is beginningless (anadir). So there is never a point when Krishna doesn’t exist. And adir govindaha He is the first ancient Lord. Most important is Sarva-karma-karanam cause of all causes. He is the origin of all origins. He is the creator of all creators. He is Lord and master of all Lords. So this is Brahma’s wording. Let us see what other controllers say.

Of all the worships, of all the sacrifices visnor aradhanam param the worship of Sri Krishna or Sri Vishnu is topmost.

Brahma says Krishna is topmost, and Shiva says Visnu is topmost. What is Krishna say to this? He says in Bhagavad-Gita that I am the Supreme Personality of Godhead in the 7th Chapter:

mattah parataram nanyat “O Arjuna please understand that I am the absolute truth. No one is equal or greater than Me.” Mayi sarvam idam protam sutra mani-Gana iva, and He is giving an example also, “I am like a thread on which the different pearls are strung.” Like a necklace, you find the pearls are strung, but the essential thing that keeps the pearls together is the thread, and the yarn is not seen. It’s invisible. So similarly, the glittering pearls of this material world are strung together by that invisible thread, and an essential backbone is Sri Krishna.

Paramam bhavan purusam sasvatam divyam
You are eternal and transcendental and

adi devam
You are the first living entity and

ajam one without birth, one without origin. And then He says devarsir naradas tatha asito devalo vyasah svayam caiva bravisi me, All these great personality confirms that You are the topmost.

Even Indra and Brahma in the Srimad-Bhagavatam after the Goverdhan Lila and Brahma Vimohan Lila respectively glorify Sri Krishna as the Supreme Personality of Godhead.

Suta Gosvami in the Srimad-Bhagavatam 12.13.1 says

After describing all the different avatars, the incarnation, the expansons and the plenary portions, Srila Sukadev Gosvami says O Maharaj Parikshit. Of all these expansions and all these forms, please note Krishnas tu Bhagavan svayam. Krishna is the original personality of Godhead.

Even the great authority Parashar Muni, the father of Vyasadeva, describes in Visnu Purana 6.5.47 the definition of God:

God is He who has six opulence in full. What are the six opulence are full of beauty– Krishna is most beautiful; strongest- He smashed all the demons in Krishna Lila; most famous- even today Krishna’s pastimes, even the stealing of butter is sung all over the world;  wealthiest- everything belongs to Krishna; knowledgable- He knows everything because he created everything. He spoke Bhagavad Gita to Arjuna; most renounced- Krishna took the chariot driver of Arjuna. Krishna possesses all these six opulence in an unparallel and unequal way.

Therefore Krishna called Asamaurdhva, which means no one is equal to Him and no one is greater. So, in conclusion, of all these sastric references, we understand how Sri Krishna is the only Supreme Personality of Godhead.