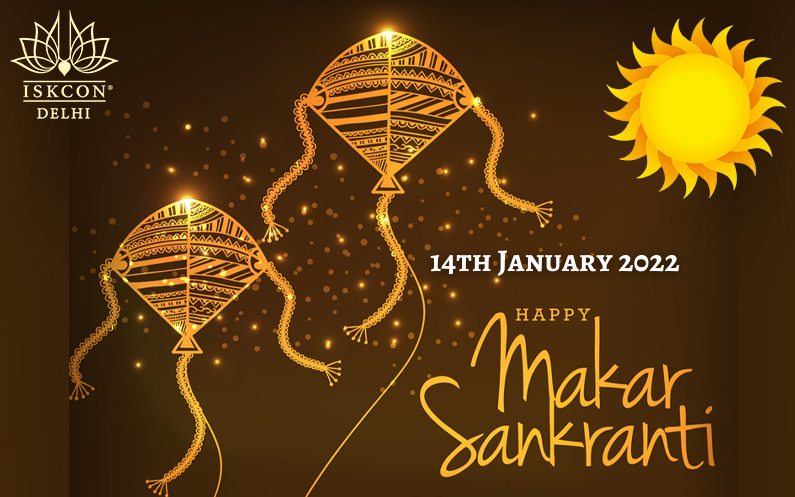 If we try to understand Makar Sankranti in word form, the word Makar has been taken from Makar Rashi. Sankranti means entering. According to our ancient texts and Vedic calculations, time calculation is of two types.

The “Moon month Count” and “Solar Month Count” are based on the solar calendar. Sankranti means entering, the transition of the Sun, and the entry of the Sun, that is, the zodiac in which the Sun enters. It is called Makar Sankranti.

Types of the Solar Solstice

By the way, if seen, there are 12 types of Surya Sankranti, out of which four Mesh, Kark, Tula and Makar are prominent. The special significance of Makar Sankranti increases because the Sun God is Uttarayan on this day, that is, the journey of Lord Sun in the north direction. Before Sankranti, the Sun God is Dakshinayan. From the day of Sankranti, it travels in the north order, and this period is fixed for six months.

Lord Shri Krishna has told about Uttarayan in the Bhagavad Gita that people leave their bodies for six months from the day of Makar Sankranti, and they go to the higher planets. And those who leave their body in Dakshinayana go to the lower planets. It is said that there is an exception to every rule, something like this here too. Whoever is a devotee of the Supreme Lord, he leaves his body. Then after leaving the body in the time of Uttarayan and Dakshinayana, he reaches the abode of the Supreme Lord only. Supreme Lord Sri Krishna has told in the Bhagavad Gita Chapter 8 Verse 5 :

In this, the Supreme Lord has told that whoever remembers me the last time, that person attains my abode only. The rule of Uttarayana and Dakshinayana is there only till the person does not completely surrender to Supreme Lord.

How does Makar Sankranti occur? 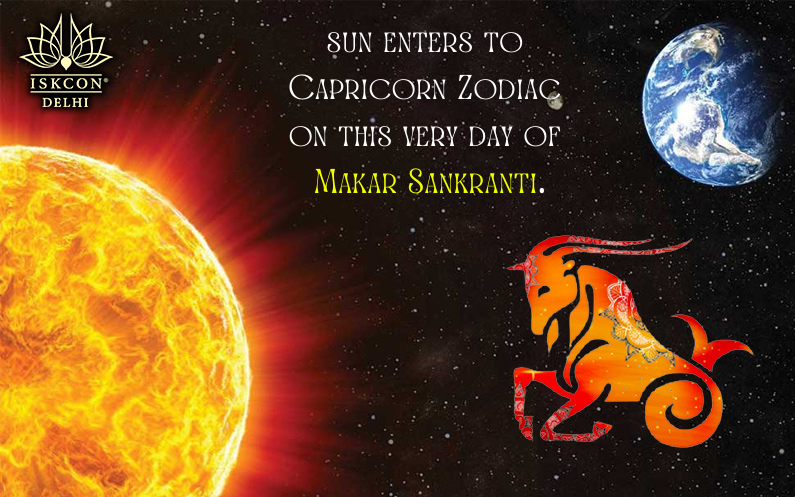 The sun god is also worshipped on this day, and everyone donates rice dal khichdi to charity. After that, the khichdi is cooked and eaten. In Gujarat, in Rajasthan, kites are flown at the festival of Makar Sankranti. The celebration of Makar Sankranti in Andhra Pradesh lasts for three days. In Tamil Nadu, this festival is known as Pongal because, in Tamil Nadu, people celebrate this family for ten days when the new crop is harvested, and here dal rice khichdi is cooked in ghee.

In Maharashtra, make laddus of sesame and jaggery, give each other, and provide good wishes. In Assam, this festival is known as Megh Bihu, and in Punjab, this festival is celebrated one day before as Lohri. In West Bengal, the Ganga Sagar fair is held on the banks of the Hooghly River. The Maha Kumbh bath is also held because on this day, Ganga Maiya descended on Earth on the day of Makar Sankranti to save her ancestors behind Bhagirath. That is why bathing in Ganga Sagar is of great importance on the day of Makar Sankranti.

Who is the Sun God?

The most important fact here is that who this Sun God is. The answer to this has been told in our main book Brahma Samhita. The creator of the universe, Lord Brahma, suggests that the Lord of all the planets is the Sun God. Sun is like one eye of the Supreme Lord.

Have you ever seen such a time from your birth till the present that even for one day, the Sun God has not appeared to anyone? Lord Suryadev (Sun) has always done this work in his fixed time to set on time and rise on time. Surya Dev is always performing his duty and responsibility in the right way by illuminating this entire universe like a Karma Yogi.

First of all, I had given this knowledge of Bhagavad Gita to the Sun God Vivasvan, in this way, on the day of Makar Sankranti, the right way to please the Sun God would be that we should also worship him, take refuge in them, whose shelter by the Sun God illuminates himself, that is Lord Sri Krishna Himself and the most accessible means of his lair in this Kaliyuga, is the Hare Krishna Mahamantra:-

So all of you also chant this Maha-mantra to this holy name of the Supreme Personality of Godhead and understand the true meaning of every festival and celebrate it and be happy always.